Easy set up with full control over labels and sizes.

Instant download after purchase. Free demo version to try before you buy. Full support, just email us for help. Peninsula's GKd drivers allow you to quickly and easily setup and print with your Zebra label printer on your Apple Mac. All with sharp, and more importantly, readable barcodes.

No more grumpy delivery drivers, just scanned labels. All our products are fully digitally signed and trusted by Apple computers. Currently, I am still unable to find a final solution other then setting the default printer to the Laser and then switching for Label printing. By what method are they installed?

As a local printer by manual creation of IP Port? If you haven't already, update the firmware on the printers. I had intermittent network dropouts on some Zebra ZMs. As soon as I updated the firmware, the problem was gone.

Scotty-G - The printers are all on the latest firmware and it made no difference, we also have tried the static IP route which did diddly squat as well! We have introduced a D-Link USB print server today which is preventing the problem happening on the two that are using it - more of these or a VLAN as you suggest may be the way forward to get us through the Christmas period but we would like to get this fixed without having to resort to a workaround. System Windows Server R2.

Some ideas what to do guys? The only way we managed to solve this was to put a small unmanaged switch such as a Netgear GS or a print server such as a DLink DPR between the printer and main network switch. We tested both successfully but used the print servers for our setup in the end.

How to add a Zebra thermal printer to your Mac

Thanks for the tip. No problem, we found the DLink print server to be better as the Zebra's connect via USB then print server does all the networking, this way the printer nic's are bypassed entirely and we haven't had a problem with them since. We had this same problem. We also tried all the basics - firmware, drivers, cabling, IP conflicts, etc. The problem springs up on both of them at the same time when it does happen. It's happened twice now. The problem did go away after I rebooted servers, however, which includes R2 and The issue happened on two different print servers.

The theory I've seen that I think holds the most potential is these printers having sensitivities to something in the network environment - number of broadcasts, etc. I could have dug into this more, used Wireshark, etc, but why?

These printers are not that expensive and my time is extremely valuable. I would think that this information would be valuable to Zebra since it has happened to a few of us now, some having more affected Zebra printers than others. But, they referred me to a reseller instead who then became stumped. But don't worry Zebra, your reseller was happy to sell me a different brand, so I'm all taken care of now. I fully expect the problem to spring up again and I'd prefer to have a reliable printer rather than one that needs VLAN's or extra network print servers to cover for their flaws.

Maybe if enough of us switch to a different brand label printer, that would be enough to get Zebra's attention?

How to: Calibrate a Zebra printer

Let's try it and find out. But i found out, that i can temporary solve this issue when i revert my Windows Server to an earlier snapshot and do the LPR-Config again. But i have a physical Machine too where i can't revert to a Snapshot Even after installing a print server on my network I have 19 GKT the problem was minimized but not solved. They work great during that time. Worked like a charm. 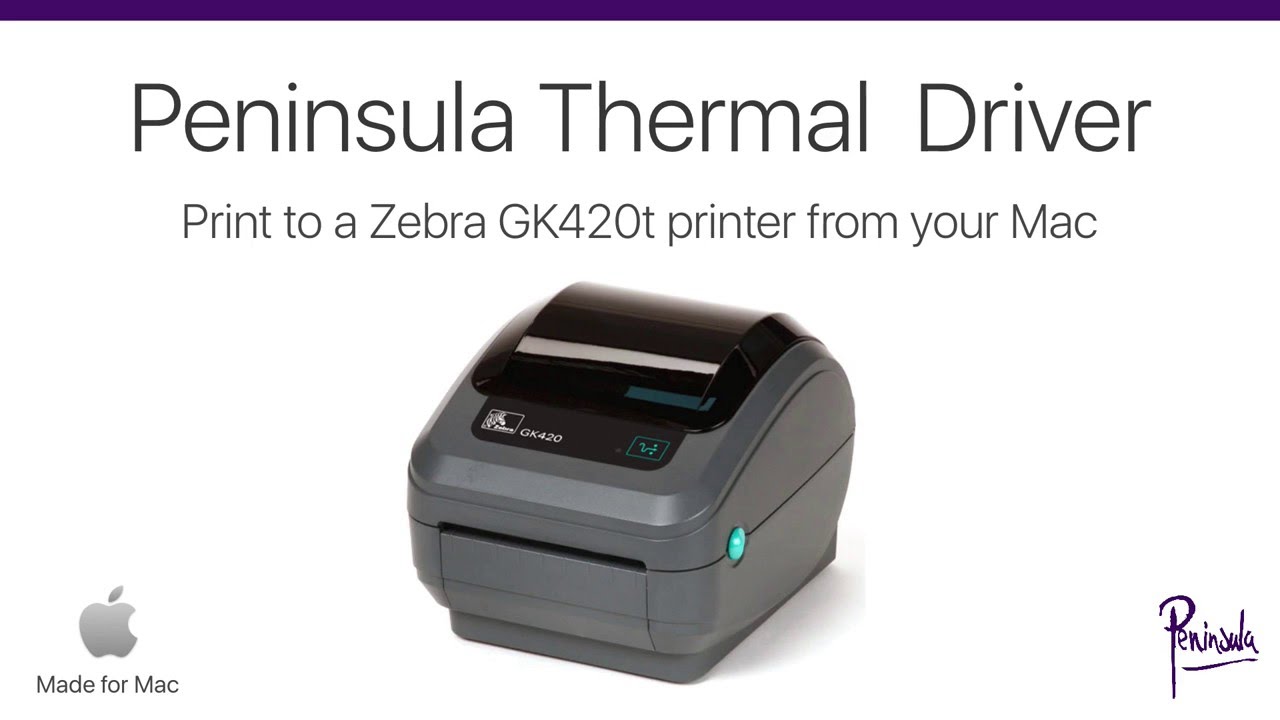 Set a ZP up with its own network, set up routing between the two networks, and it solved our issue. Before adding it to it's own network, it would ping for about a minute and then stop replying. I could only get to the web interface while the pings were replying. I would reboot and it would start replying again for a minute and drop.

I could unplug the ethernet cable and plug it back, would start replying for a minute and drop.

If I gave my laptop a static and plugged eth directly from laptop to zebra, the pings would never drop. My problem was solved, when the company moves to a new building. Everything new on network, cabling and switches, and the Zebras works ok now. I think that would be something wrong with the switches. Turned out to be a print-server that had a job queue for the IP address I used. I spent two weeks troubleshooting. With a pile of blank labels on the floor caused by the print server attempting to finish the queued jobs.

When the old HP printer was removed, there were unprinted jobs in the queue on the print server. As a result I had intermittent connectivity to the printer and a pile of blank labels that were printing a few times a minute that were meant for the old HP printer. This was a nearly impossible scenario to troubleshoot and threw Zebra, the network guy, vendor etc. Got help from Zebra support and we figure out the problem. I have a QLn that was connected to the wireless but was not responding to ping.

I was asked to do the following. Printer will reboot If you get a reply follow step 1 through 3 and change it to Static IP address this time. To continue this discussion, please ask a new question.