You don't need no stinkin' friends see Merchants above. Scorched earth --that's your style. Take no prisoners. Just build an army and kill everyone at once. No problem. They'll never have time to mount a counterattack. What if everybody hates you? What if? Are you talkin' to me? Trade with people who hate you.

Everyone is out to get you. You have no friends, so why would you expect them to trade advantageously with you? What's so bad about an occasional 2 :1 or swap for something you really need? Losing one or two units per trade doesn't really add up to much over thirty or forty trades, anyway. Besides, how could you possibly have planned ahead for your needs? Why, when you were in the military you went six, seven years without eating.

After all, you only lose one military unit on the first delay. Why should you care if it's your best unit? You have more Knights than you can use, don't you? And don't worry about the fact that you lose double the units after every further delay. You have more important concerns than maintaining an army. Who needs Food, except to feed the army, recruit Knights, and make people happy?


You're too busy conquering neighboring territories to worry about those pesky revolts. And who needs double commodities anyway? Your neighbors would never even think about trying to capture a neutral territory that was once yours. And how much protection can you really get from a pile of stone? Ten archers posted on the walls can't possibly be very useful.

Why would you ever imagine that they might be safer up there, or might be able to shoot arrows further? And what possible advantage could there be to protecting all of your Infantry and Knights from enemy Archers? Why try to win, when you can have lots of fun getting beaten to a bloody pulp year after year? Masochism builds character. No, even better. Claim early. Just as soon as your score creeps up to Yeah, that'll show everyone just what you think of them. Those sniveling, wimps.

Yeah, keep duckin' and weavin'. Bobbin' and dopin'. Move slowly and in different directions all the time. Those computer players won't know what to do. Who needs to focus on a consistent strategy? Planning never worked for Wile E. Never call a Council.

Why bother looking at your neighbors? They aren't planning any hostile actions. You're perfectly happy with two or three territories on the wrong side of the river. You never worry when a new neighbor shows up. This is probably the dynamic loading of the map. All the sound worked, even the CD-sound. I used DOS32a and dynamic core on a full installation. Works even better with the latest CVS build, using the cycles set to auto.

From a minimal install I think it was done under 0. It's almost playably fast, dymanic core, cycles, 0 frameskip, XP, with some of the detail turned down. The video clips, and menus are fine. Shame dosbox segfaulted starting the third race Graphical glitches This game seems to run fine, although it's slow and has black vertical lines throughout the screen, making it hard to see. The speed is fine until you actually get into a race, then it's slow because of the 3D nature of the game.

Both the video and sound skips. 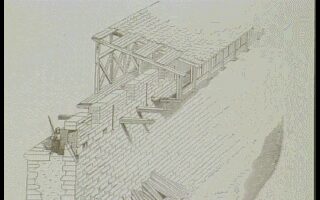 According to the game manual, the average in-game time passed is usually between three and ten years. Quick neutrality check: ———————— You can not send a Saboteur, Diplomat, Spy, or Merchant to a territory if it is not owned. If these options are not available for a territory, then it is neutral. Faster time: ———————— To make the days go faster and have all the work done quicker, hold the Right Mouse Button. Free resources: ———————— Use the Merchant to trade away all of a single resource.

You can continue trading it, even if you have 0 remaining. You can use this trick to get free supplies from your neighbors. We uses cookies to personalize content and ads to make our site easier for you to use.